SleepDungeon is a simple dungeon crawler and the result of a 48 hours game jam.

The game is written in Python3 and PyGame. It features simple but nice 2D graphics and challenges you with 30 rooms over two levels. 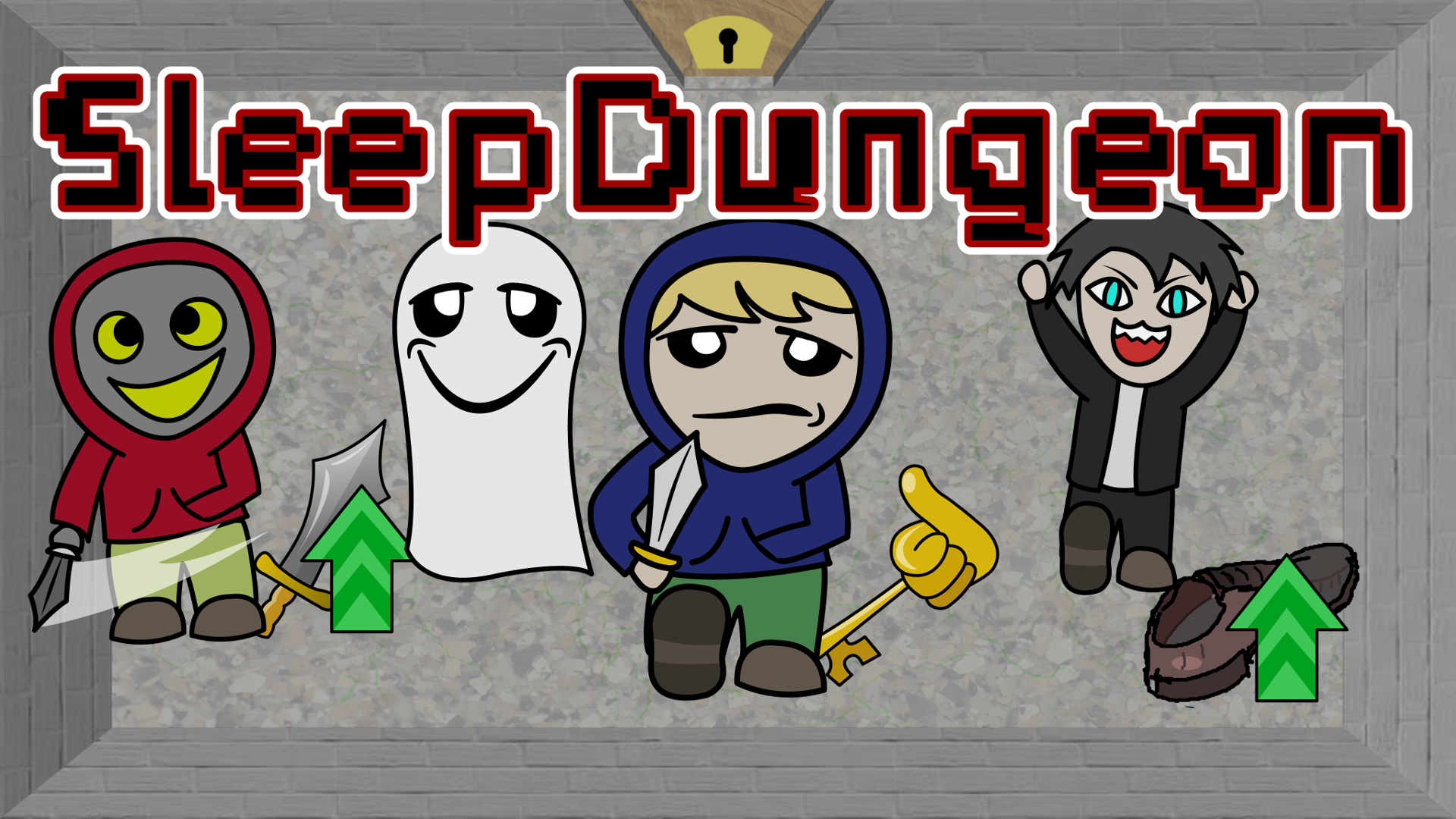 The origin of the project was the 2. GameJam der Falkultät Informatik at the TU Dresden.

During the 48 hours of the GameJam the following five members of our team, each with individual skills and experiences developed the game:

A short post with a let’s play of the games tutorial is also available on Karstens blog (German).

How to play the game:

Make sure you have Python3 and PyGame installed, then run

You can also download the app for macOS SleepDungeon.dmg

Use W, A, S, D or the Arrow-Keys to move the player. Change between bow and sword with E. Attack the enemies with the Spacebar. If you have a bomb in your inventory - plant it with Q.

You can play the game in 3 different difficulties:

Easy, you will find many hearts and they will heal 2 health points.

Original mode, just as intended by the team and hard mode - you will find only a few hearts.

Collect all five keys and the motivating boss key to reach the final room.

Heal your player with hearts and collect upgrades to become stronger and faster.

The first level is a little tutorial to get used to the game play. 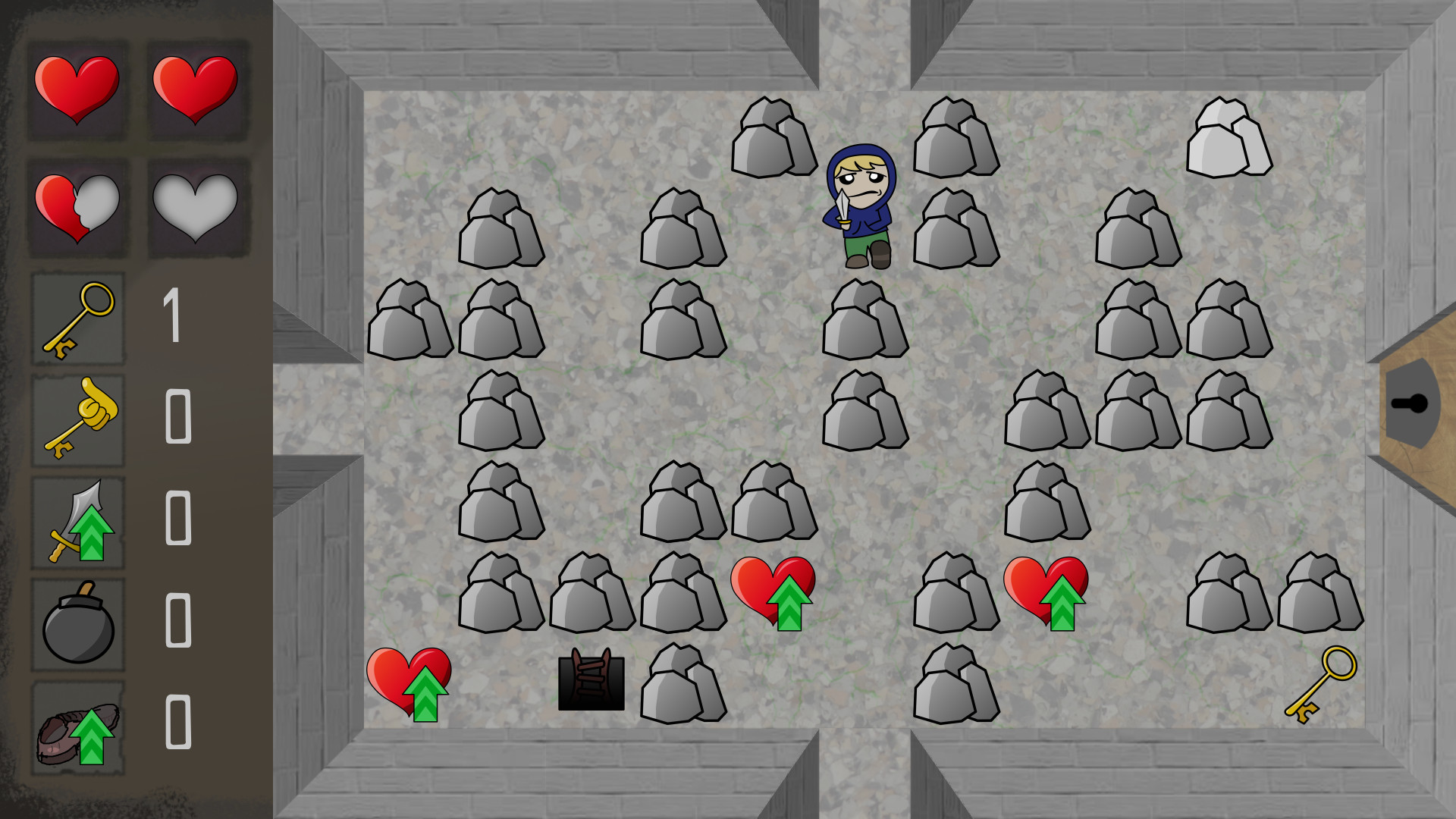 The master branch of this repository contains an updated version of the game with additional features.

Meanwhile the original branch contains the version that was created at the GameJam with some additions, such as this Readme file or the license. 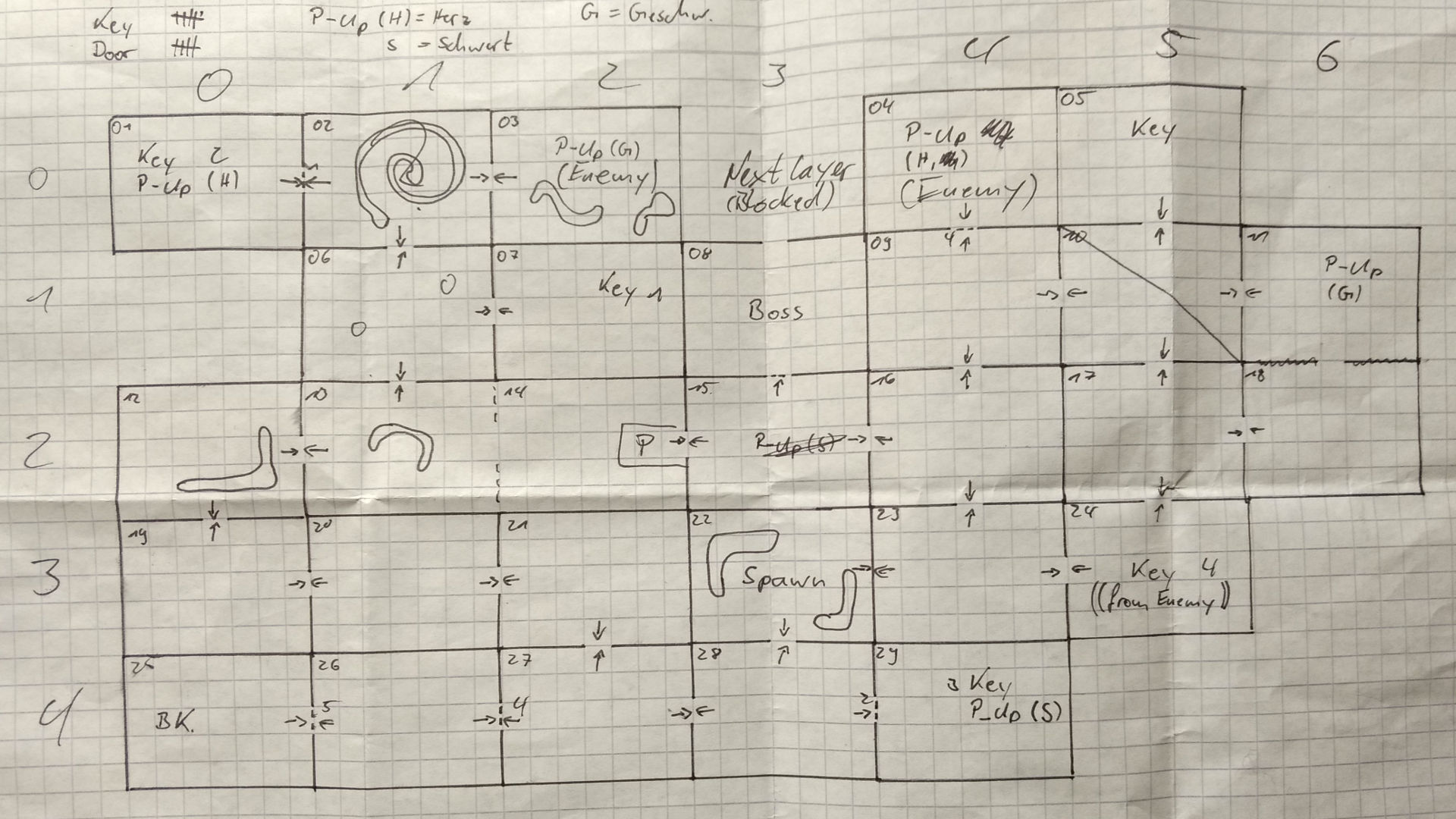 Why is this game called SleepDungeon

Aside from all members of the team and their work, the following external resources were used:

bosslevelsoundtrack is a modified version of a soundtrack by Lukas Palásti.